Just like the typical identity development process previously outlined, ethnic identity development usually begins after a crisis disrupts one’s view of oneself (Hughes, Del Toro, & Way, 2017; Yip, 2014). This crisis is usually triggered by the person experiencing prejudice, realizing the lack of representation in some situation, or abrupt feelings of dissimilarity from other adolescents of different ethnicities (Syed & Azmitia, 2008). This crisis leads the adolescent to explore their ethnic history, with many adolescents conducting online research to discover more about their ethnicity (Davis, 2013; Tynes, 2007).

Ethnic socialization is described as: “the mechanisms through which parents transmit information, values, and perspectives about ethnicity and race to their children” (Hughes et al., 2006, p. 747). In other words, ethnic socialization is how parents teach their kids about their specific race/ethnicity. Ethnic socialization typically includes instruction on how to acknowledge and more fully appreciate one’s culture, how to cope with racism, and how to navigate society as a member of a certain ethnicity (Chao & Otsuki-Clutter, 2011; Moua & Lamborn, 2010; Varner & Mandara, 2013).

Racial Identity can be broken down into three separate aspects; the first being racial centrality, which is the importance of race in one’s identity (Seaton, Upton, Gilbert, & Volpe, 2013; Sellers, Copeland-Linder, Martin, & Lewis, 2006). This characteristic can be thought of as on a scale, where the higher a person is on the scale, the more race is a salient feature of their identity. Next up is private regard, which is assessed by how an individual feels about being representative of their race. This is classified on a spectrum which indicates the extent to which a member of a race feels positively or negatively about being part of their ethnicity/culture. Finally there is public regard, which is how an individual of a certain race thinks others evaluate their race as a whole (Steinberg, 2020). This aspect has to do with someone’s perception of how others view their race. These three characteristics are the basis for the multidimensional model of racial identity, which is used to help us understand the trends and main points behind all the findings on ethnic identity (Seaton et al., 2014). Throughout adolescence, an individual’s racial centrality often increases as they learn more about who they are and gain the knowledge of what it means to be a part of their race (Steinberg, 2020). Private regard often stays quite stable through adolescence; however, public regard fluctuates a great deal during this time (Rogers et al., 2015).  This is largely based on experience because of the differences in settings and what individuals are exposed to while growing up, but it also is somewhat correlated with race. For example, in New York, Chinese American middle schoolers reported an increase in public regard, while for Black and Puerto Rican youth, this went on a decline (Hughes et al., 2011). A reason for race affecting public regard in this way is because Asian adolescents are generally seen in a more positive way by their teachers over black youth. Overall, those who personally experience discrimination will have a lower public regard because of how they have been treated for their race (Seaton et al., 2009). This can be very tough for younger adolescents who are still learning about their racial centrality, as it may affect how they feel about representing that race when their public regard is low. 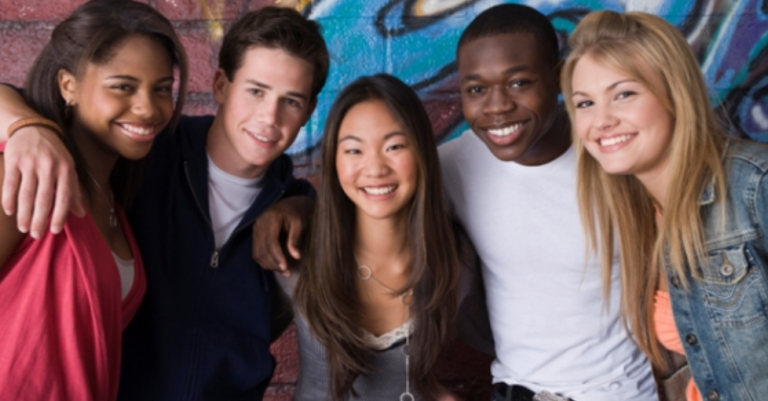 Different races’ tendencies to fit in with mainstream culture:

Identity development is influenced by the social context of the adolescent. Thus, the ethnic identity development of minority adolescents must include the adolescent’s relationship with society (Byrd & Chavous, 2011; Chao & Otsuki-Clutter, 2011; Markstrom, 2011; Rivas-Drake et al., 2009) This includes having realistic expectations about discrimination and how others will treat the ethnic minority adolescent (Steinberg, 2020). The research indicates that discrimination typically only increases during the transition from childhood to adulthood (Hughes, Del Toro, Harding, Way, & Rarick, 2016). An example of how discrimination can affect how minority adolescents present themselves has to do with a recent study of Iranian-American adolescents. The study revealed that these Iranian-American teens identified themselves as Persian rather than Iranian due to the negative portrayals of Iranians in the media (Daha, 2011). Thus, ethnic minority adolescents may feel compelled to hide their ethnic identity if they expect to be treated negatively by their peers based on their ethnicity. Adolescents’ psychological well-being and self-esteem are affected by discrimination and prejudice. The research indicates that feeling discriminated against has direct negative impacts on adolescent’s mental health (Seaton, Caldwell, Sellers, & Jackson, 2010).